You may have wondered why a bad habit has become part of you before you got the chance to realize it. Here’s the thing. It didn’t just jump on you. You have repeated it long enough for it to become a habit. Habit formation is one of the brain’s means of survival. All you have to do is repeat an action long enough, and it becomes part of you. Habits are formed through a process. Decoding this process and hacking it is how we make healthy habits, instead of bad ones, stick.

Habits are a whole lot more important than we think. It affects our productivity and lives in general.

This makes it important to understand how they are formed so we are able to hack that process to make healthy habits stick.

According to James Clear, the process of building a habit can be divided into four simple steps: cue, craving, response, and reward. Breaking it down into these fundamental parts can help us understand what a habit is, how it works, and how to improve it.

This is synonymous with how Mel Robbins explains it as divided into three; a trigger, a pattern and finally a reward. This explains why procrastination is a habit for many of us.

First, there is the cue. The cue triggers your brain to initiate a behaviour. It is a bit of information that predicts a reward. Your mind is continuously analyzing your internal and external environment for hints of where rewards are located. If there are no hints of rewards, you’re not going to do it. This explains why bad habits stick easily; it is because of the pleasurable rewards that come with them, as opposed to healthy habits. Because the cue is the first indication that we’re close to a reward, it naturally leads to a craving.

Cravings are the second step of the habit loop, and they are the motivational force behind every habit. Without some level of motivation or desire—without craving a change—we have no reason to act. What you crave is not the habit itself but the change in state it delivers. You do not crave smoking a cigarette, you crave the feeling of relief it provides. You are not motivated by brushing your teeth but rather by the feeling of a clean mouth. You do not want to turn on the television, you want to be entertained. You do not want to read, you want to pass your exams. Every craving is linked to a desire to change your internal state.

Cravings lead to the next step which is the response. The response is the actual habit you perform, which can take the form of a thought or an action. This can also be called a pattern; the pattern that arises as a result of the trigger. Whether a response occurs depends on how motivated you are and how much friction is associated with the behaviour. If a particular action requires more physical or mental effort than you are willing to expend, then you won’t do it. Your response also depends on your ability. It sounds simple, but a habit can occur only if you are capable of doing it.

Without this process, no action can become a habit.

How do I Make Healthy Habits Stick?

To make a healthy habit stick, you must be ready to get rid of the unhealthy or bad ones. This is important to note because, in reality, you are replacing a bad habit with a healthy one, not necessarily forming a new habit out of nowhere.

Having understood this, the key to making healthy habits stick is to alter the habit formation process to your advantage.

Why do I do this thing?

Am I really ready to lose weight and keep fit?

Is this habit of benefit to me?

By answering questions like this, you will be able to discover the trigger for that habit and think of ways to effectively change your response to the new habit you want to form.

As B.J Fogg always says, the key is to make it a tiny habit. Start small. If your goal is to exercise for 30 min daily, start by exercising for 1 min every day.

How long does it take to form a habit?

Contrary to popular opinion, it doesn’t take 21 days to form a habit. It takes time however to make an action automatic, but this varies among individuals and depends on how much work is put into making that action a routine. Before a habit can be formed, it must first become a routine and this is the part many of us skip.

There is no way you are going to make exercising a habit if you don’t first make it a routine by devoting time to do it consistently and frequently.

Have you broken a bad habit before and replaced it with a healthy one? How did you do it? Please share in the comment section.

If you’re reading this post, that means you’ve gotten a habit book, congratulations 😇, and if you haven’t gotten one, then I strongly suggest you do; all you have to do is get an exercise book and name it my habit book. The essence of the habit book is to track your progress throughout these … What should I write…

WHY? Are you seriously asking why you should exercise? I’ll give you three valid reasons besides the ones you are already familiar with. Stay with meWHAT?Exercise is defined as any physical activity that makes your muscles work and requires your body to burn calories. It could include walking, running, jogging, climbing staircase, dancing, swimming, etc.I … Microexercise Read More » 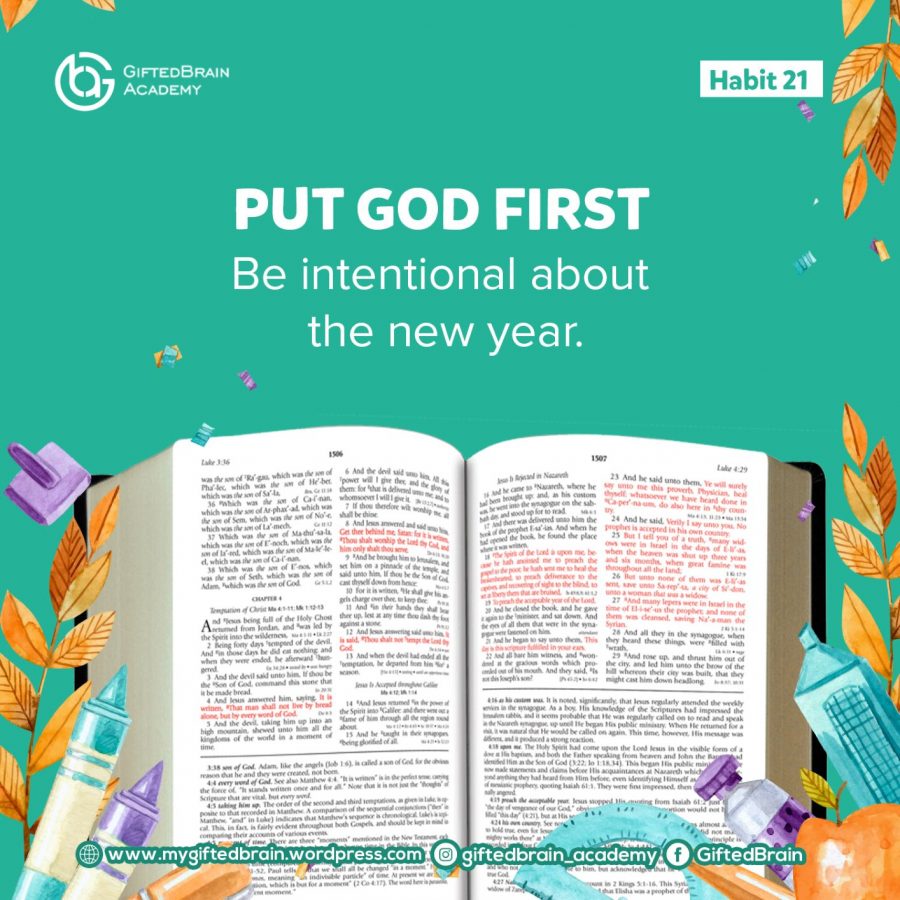 Hi guys! I’m excited for two reasons. It’s a wrap up for the year and also a wrap up for the habit challenge that started in the first week of August. I want to appreciate you for staying through till now. I’m grateful. The habit of like you to form as we enter into a … Habit 21: Put God…

4 thoughts on “Decoding Habits: How to Make Healthy Habits Stick”